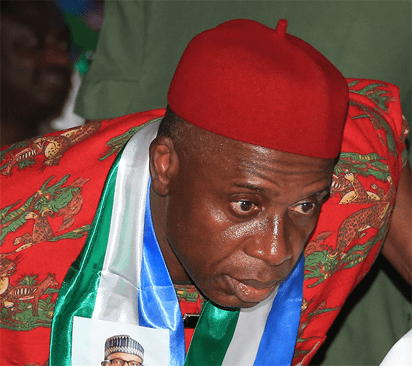 PORT HARCOURT – FORMER Secretary to the Government of Bayelsa State, Sent Felix Oboro says Minister of Transport, Rotimi Amaechi stands out as the right man to be Nigeria’s next President when it is turn of the South South again to produce the number on citizen.

Oboro who said this Monday as Chairman of the occasion to celebrate Amaechi at 54 in Port Harcourt, Rivers state, noted that since knowing Amaechi for over 19 years as political associate, the former governor has remained consistent, loyal and committed to the core.

“There was a lot of development during Ameachi’s time as Governor. As transport minister and two time Director General of Presidential Campaign Team for President Muhammadu Buhari, he has continued with his streak of successes.

“Amaechi is a fair minded person, convinced that Upland has tasted Rivers governorship for too long and needed, trying his best, to ensure that Riverine person becomes governor. He hasn’t…