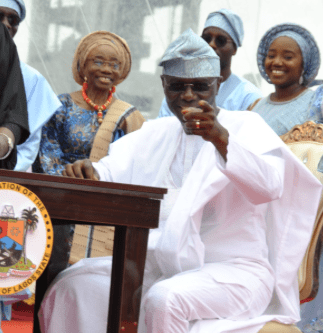 Lagos – The Committee for the Defence of Human Rights (CDHR), Lagos State Council, on Wednesday called on Gov Babajide Sanwo-Olu to listen and respect the masses.

Sanwo-Olu was sworn-in as the 15th Governor of Lagos State on Wednesday to succeed Akinwunmi Ambode.

Mr Alex Omotehinse, Lagos State Chairman of CDHR, told NAN that the only way Sanwo-Olu could succeed was to respect and listen to people through his policies and programmes.

“We sincerely congratulate Sanwo-Olu as the new governor, but we must plead with him to obey the rule of law and respect people in the state.

“Sanwo-Olu should not be vindictive; he should shun vendetta tendencies as such will not allow him focus, they will rather distract him.”

According to him, the rumoured threat of clamping down on commercial motorcyclists when he assumes duty should be done with human face as the riders were only ban from plying certain roads.