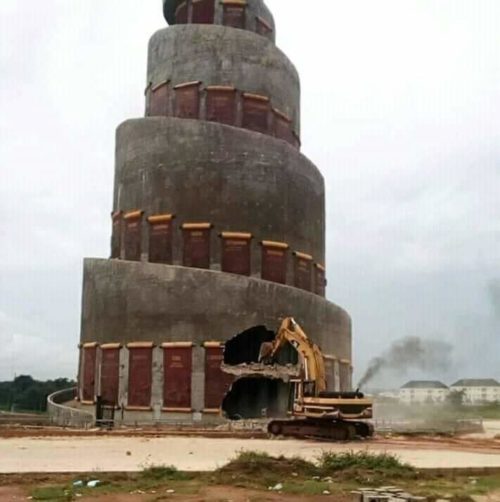 Confusion has overtaken the political atmosphere of Imo state, over the demolition of the Akachi tower, built by the immediate past governor, Rochas Okorocha, along Akachi road in Owerri.

Vanguard observed that the demolition started at about 02:15 pm.

However, security agents have taken over the location of the Akachi tower thereby stopping the demolition.

While an eyewitness told Vanguard that the demolition was carried out by the agents of the new government of Emeka Ihedioha, others were of the view that the land on which the Akachi tower was built was forcefully collected from the original owners who on their own decided to carry out the demolition.

According to one Onyenso, “We saw some people last night they were in two Hilux vehicles and some security people. They came and moved around the tower and later drove…