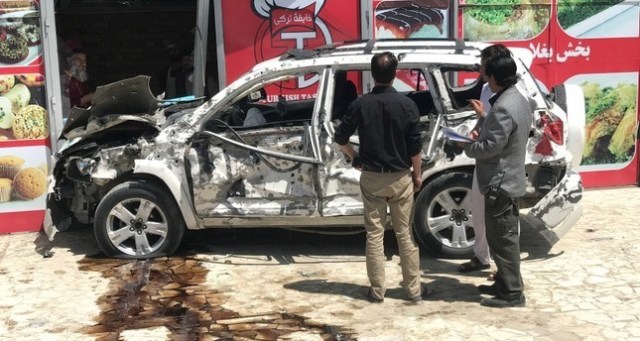 A car bomb attack on a U.S. convoy in the Afghan capital on Friday, wounded four U.S. service members and killed at least four Afghan civilians, officials said, in the second attack in the city in two days.

The Taliban claimed responsibility for the blast, which came a day after the Islamic State militant group claimed a suicide attack outside a military training academy that killed at least six people.

A spokesman for U.S. Forces in Afghanistan confirmed that a car bomb hit a U.S. convoy and four service members had suffered minor injuries in the explosion but gave no other details.

The blast sent a plume of white smoke into the air and spread debris across the busy Jalalabad road in the city’s east, an area with several large security compounds which has seen repeated attacks over the years.

But other officials said as many as nine people had been…

China: We need unity of purpose, not unhelpful controversy