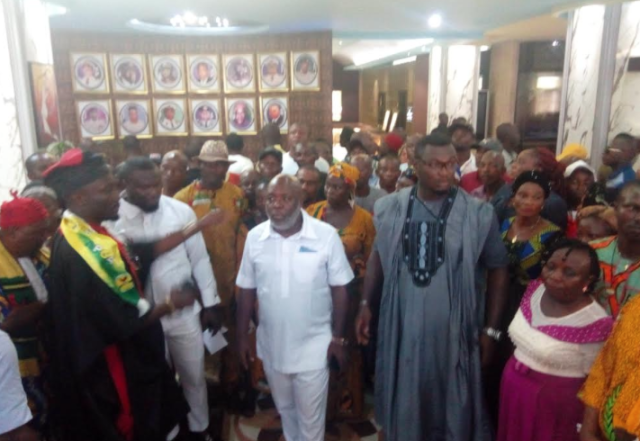 Owerri – A new National Chairman of the All Progressive Grand Alliance, APGA, has emerged, Edozie Njoku.

Briefing newsmen in Owerri, after their convention, alongside his other executives and delegates, Edozie, said that their members from the 35 states including Abuja, came for the convention.

He pointed out that there was an experte order obtained by the members of the Board of Trustees, BOT, of APGA, stopping the Awka convention.

He added that among other things that his leadership would concentrate more on rebuilding, repositioning APGA, to take the shape of a national party.

According to Njoku as captured by Vanguard he said: “Delegates from the 36 states including Abuja, came and I emerged as the National chairman. We are now the authentic leadership of APGA, you see that APGA are now happy.