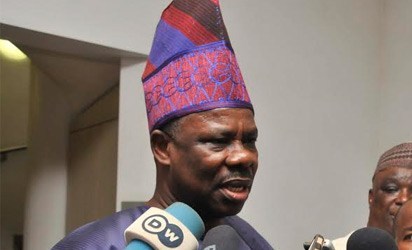 The Ogun Assembly, on Friday, passed a bill nullifying all appointments, employments and financial agreements done by former Gov. Ibikunle Amosun  between Feb. 9 and May 28.

The passage of the bill entitled, “Nullification of Irregularities  (Amendment) Law, 2019,”at plenary followed the suspension of the Assembly’s standing orders 45-48 to allow for the consecutive second and third readings of the bill.

After the first reading of the bill on the floor of the Assembly by the Deputy Clerk, Mr. Deji Adeyemo, and extensive debate by members of the Assembly during its second reading, the  motion for third reading was moved by Olusola Sonuga( APC- Ikenne) and seconded by Olawale Alausa (APC – Ijebu Ode) .

Opening debate on the bill, the Deputy Speaker, Olakunle Oluomo, noted that the bill was an amendment to the one earlier passed by the Assembly at the inception of Amosun- led…