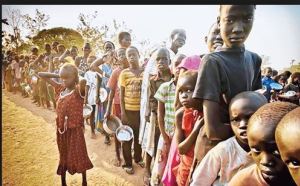 The Economist Magazine has, in its review on Thursday, revealed that Nigerians became poorer, and in fact, have become the poorest citizens of a country in the whole world, under President Muhammadu Buhari’s first term in office.

Greensprings students get $1.3m scholarships in foreign varsities(Opens in a new browser tab)

The Economist also said that Nigerians will even become poorer in the years to come as average income per Nigerian, according to it, will continue to fall for the next six years, haven continually fallen for the last four years that Buhari came in.