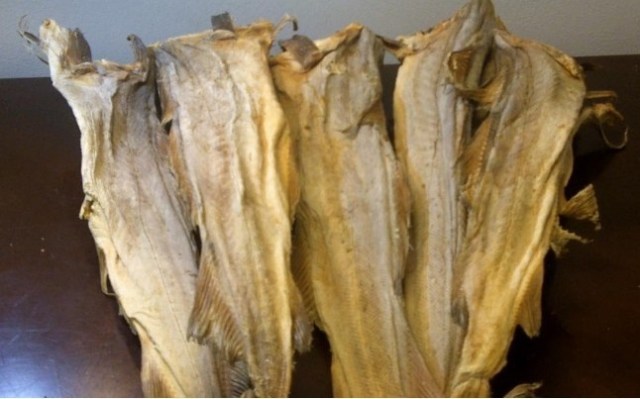 IMPORTERS of stockfish, popularly called Okporoko by Igbos and Kpanla by the Yorubas have made overtures to the Federal Government to reduce the duty rate on the importation of this species of fish.

Speaking to Vanguard Maritime Report, a fishery consultant, Mrs Abiodun Cheke, said that there had been discussions with the government to this effect adding that majority of Nigerians do not have access to the fish because of its high cost.

Cheke also said that a reduction in the duty rate will bring about an increase in revenue payable to the government as it is losing revenue because a lot of dubious traders are bringing the product into the country illegally through land borders.

She explained that if the duty is reduced, most of these unscrupulous importers will not go through land border to bring stockfish because they complain that the high duty rate is the reason for their action.