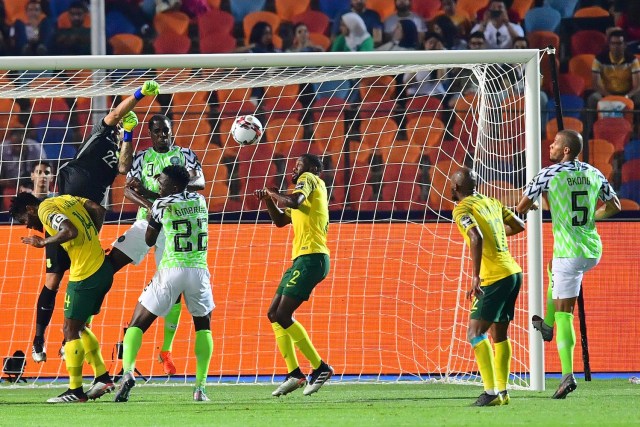 Nigeria vs South Africa: William Troost-Ekong’s late winner sent Nigeria through to the semi-finals of the Africa Cup of Nations on Wednesday after a tense 2-1 victory over South Africa in Cairo.

Samuel Chukwueze fired the Super Eagles ahead in the first half in front of a healthy, largely pro-Nigerian crowd at the 75,000-capacity Cairo International Stadium during the Nigeria vs South Africa game.

But Bongani Zungu’s looping header brought South Africa level on 70 minutes, the goal awarded with the aid of VAR — introduced for the first time at the tournament from the quarter-final stage onwards — after it was initially ruled out for offside.

APWEN stresses need for capacity building on STEM among girls