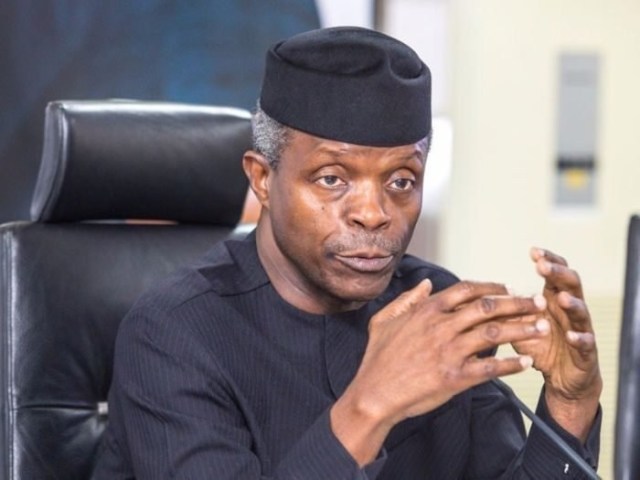 Osinbajo who arrived Asaba International Airport at about 5 pm after commissioning the roads, paid a courtesy call on the Asagba of Asaba before unveiling the housing estate which was built by the Federal government through the family homes social housing initiative.