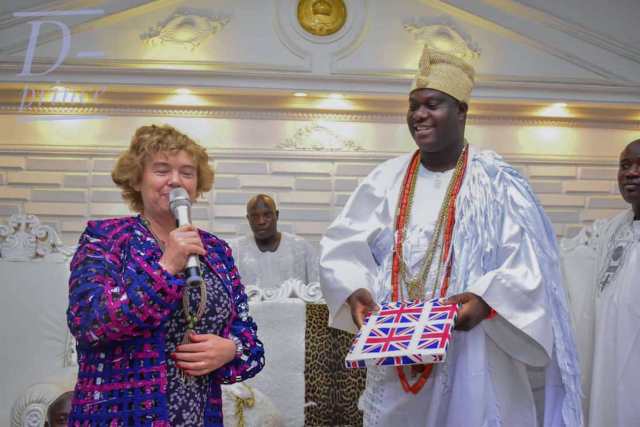 Britain has said that it will support President Muhammadu Buhari’s effort in fighting security challenges most especially in the North-East,

The British High Commissioner to Nigeria, Mrs Catriona Laing, said this when she visited the Arole Oodua and Ooni of Ife, Ooni Adeyeye Enitan Ogunwusi, Ojaja II on Thursday at his palace in Ile-Ife, Osun State.

While receiving Mrs. Laing who is the first woman to take up the position as a British High Commissioner in Nigeria, the monarch described the Nigeria-UK relationship as cordial, expressing his belief in the High Commissioner’s ability to uphold and improve on it.

Flanked by his queen, Olori Naomi Ogunwusi(Yeyeluwa), Ooni Ogunwusi who is the Co-Chairman of the National Council of Traditional Rulers of Nigeria(NCTRN) congratulated the new British Prime Minister, Mr Boris Johnson on his emergence, urging…