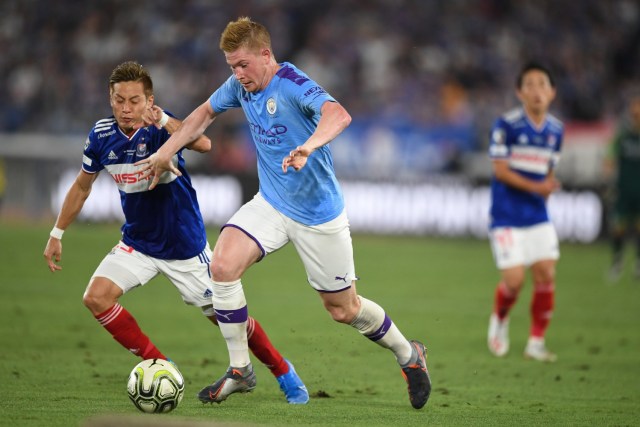 Kevin De Bruyne, Raheem Sterling and Lukas Nmecha were all on target as Premier League champions Manchester City wrapped up their Asian tour with a 3-1 win over Japan’s Yokohama Marinos on Saturday.

Bernardo Silva fed De Bruyne for the game’s opener in front of 65,000 fans at Nissan Stadium, just outside Tokyo, as the Belgian cut inside and unleashed a powerful shot with his left foot.

Keita Endo scored a surprise equaliser for Yokohama before De Bruyne released the pace of Sterling, who made no mistake as he slotted past the goalkeeper with two defenders in pursuit.

The fast-paced first half gave way to a slower second period, with a few…