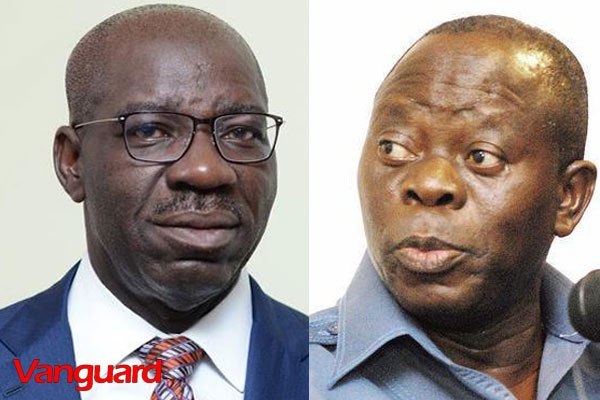 Comrade Peter Akpatason is the Deputy Leader of the House of Representatives. He represents Akoko-Edo Federal Constituency of Edo State.

He speaks to Vanguard on the crisis rocking the state assembly and why the House of Representatives committee asked Governor Godwin Obaseki  to issue a fresh proclamation letter   to “properly” inaugurate the Edo State House of Assembly.

You supported the motion and the recommendations of the adhoc committee that investigated Edo House of Assembly crisis. What informed your decision?

The Edo State House of Assembly is said to have been inaugurated by the clerk of the House and the first video that I saw which was widely circulated clearly shows that the inauguration took place at about 9:30pm. Some of the people among the nine people inaugurated, we saw clearly that some were not…