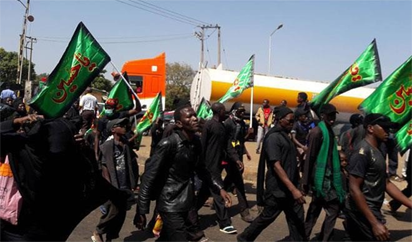 Islamic Movement in Nigeria, IMN, has announced the death of three of its members who were shot and held in Police custody during last Monday’s ill-fated protest for the release of Sheikh Ibraheem El-Zakzaky, the leader of the Muslim group.

The President, Media Forum of IMN, Ibrahim Musa, in a statement in Abuja on Friday, said the three detainees died as a result of bullet wounds they sustained during the demonstration.

According to the statement, more persons might die in police custody since 15 other members of the sect were still nursing various degrees of bullet wounds in detention without medication.

The statement added: “All entreaties made by relatives of the detainees for the police authorities to allow them have medication have fallen on deaf ears, an indication that they are waiting for them to slowly die in excruciating…