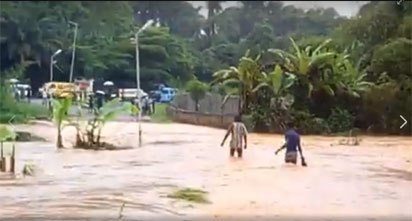 Residents of flood ravaged Uselu shell street in Benin metropolis have appealed to the Edo government to urgently address the recurring menace.

Some of the residents, in separate interview with newsmen on Saturday, in Benin said the recurring menace had be giving them sleepless nights, especially during raining season.

They said the menace had also compounded the environmental degradation of the area because of its strategic location.

A trader, Patience Osakpanam,who has a shop on Uselu market,said the area had been in a terrible state for many years.

Osakpanam said that during the raining seasons last year,a  parent lost a six-year daughter who was on her way home from school.

She the little girl was carried…

11 years after: Tributes to late Yar’Adua