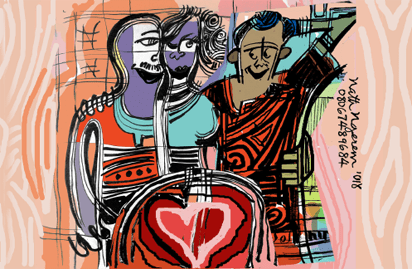 My husband and I are in our late 50s and have been married for 20 years. It’s the second marriage for both of us. He goes out most nights to have a drink with his friends.

We’ve always had a trusting relationship but months ago, he came home late and a bunch of keys fell out of his pocket.

A few days later, the same thing happened with the same bunch of keys. When I asked him about it, he said someone left it in his car and didn’t know who. Do you think he’s having an affair?

There’s no doubt that he’s lying to you. If you’ve always had an open and trusting relationship, why would he lie to you, unless it involves another woman?

There is no upper limit on men having affairs. If he goes out a lot on his own, he’ll have had plenty of opportunity to meet someone.

A car is not that big you’d be unable to track down who could own a bunch of keys left in it….