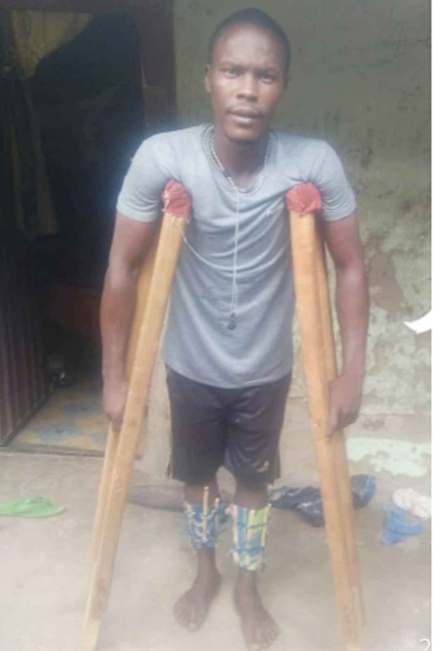 A Bauchi youth, Labiru Ibrahim from Ningi local government of Bauchi State is reeling in severe pains after his encounter with Divisional Police Officer (DPO), Ningi Police Division, Muhammed Yusuf following a complaint filed against Ibrahim at the divisional headquarters in Ningi.

Ibrahim, 27, a husband and father of two, narrated to Vanguard how he was brutalized and crippled on June 11, 2019, by a policeman because of an argument he had with his friend Abdulrasheed Saidu which led to the exchange of blows between the duo after returning from a wedding party of a mutual acquaintance.

According to his account, he was surprised when he was told 3 weeks after the fight, while he was away catering to his farm in a distant village in Toro local government area, that the Police was looking for him for his role in the alleged disappearance of his friend’s N27,000 after the brawl they had.

His words: “I had a little disagreement with my friend…