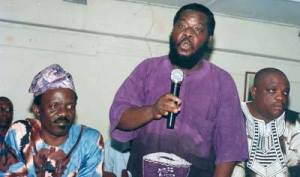 A human rights lawyer, Femi Aborisade, yesterday, said that Indigenous People of Biafra, IPOB’s, action at Nuremberg, Germany towards former Deputy Senate President, Ike Ekweremadu, was right and should not be condemned.

Aborisade added that under the democratic system of government, the citizens have the right to ask public officeholders questions for adequate clarification on policies that affect them.

It would be recalled that Ekweremadu had alleged that he was attacked during his visit to Germany by members of IPOB over his stance on the group’s proscription.

In an interview with Vanguard in Oregun, Ikeja Local Government, Lagos, he argued that the action of IPOB towards Ekweremadu should serve as warning signals to current public officeholders that they would account for their actions in office.

Aborisade said: “My perception of the video that I watched showed that they were…