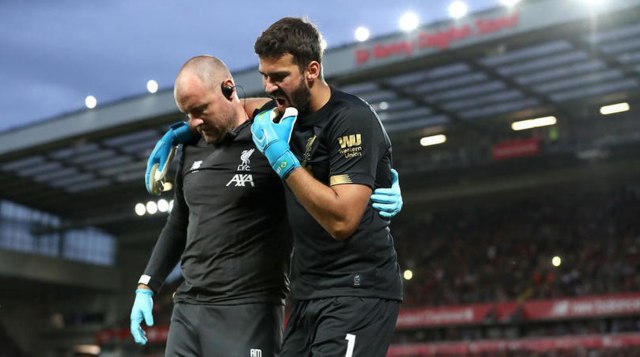 Liverpool manager Jurgen Klopp is hopeful he will not have to cope without his commanding goalkeeper Alisson Becker for much longer with the Brazilian nursing a torn calf muscle.

Alisson made a huge difference to Liverpool’s defence after a £67 million ($81 million) move from Roma last season as Klopp’s men won the Champions League and came within a point of the club’s first Premier League title for 29 years.

Without him, Liverpool have failed to keep a clean sheet in four games in all competitions so far this season with his understudy Adrian at fault for Southampton’s goal in a nervy 2-1 away win last weekend.

“We want to give him the time he needs, but it looks good.

“In the beginning, he was on crutches, which is normal with the injury he had. They are not there anymore, so he walks normally and he can really train completely differently now to a week ago.

READ ALSO: I had to use Google to find out who Luis Suarez was, says Andy Carroll