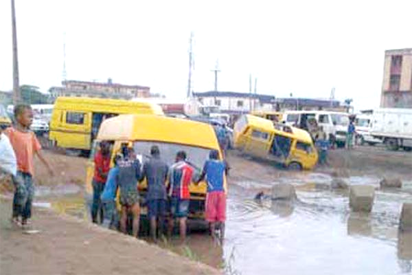 Barely three days to the planned shutdown of Lagos-Badagry expressway by residents, the State Government, weekend, intensified efforts to prevent crippling activities on the road by fast-tracking works to ease vehicular movement.

It would be recalled that the residents, under the aegis of Fix Lagos-Badagry expressway mass Movement, had vowed to cripple activities on the road August 29th, to express their displeasure over Federal and State Government response to motorist plight on the road.

The Permanent Secretary, Ministry of Works and Infrastructure, Mr. Olujimi Hotonu, has been mobilized and mandated to complete the construction work on Alakija/Navy Town Junction within 10 days so as to ease the traffic movement in the…