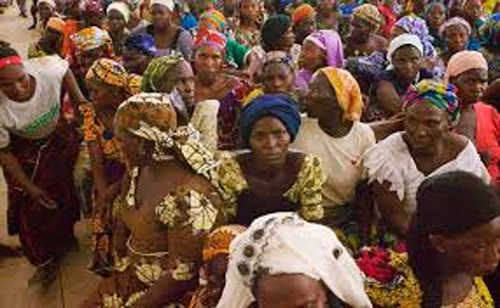 The Federal Government has disbursed over N62.7 million to 3,829 vulnerable women in Guri Local Government Area of Jigawa, under the Conditional Cash Transfer (CCT) scheme.

Alhaji Abubakar Dan-Barde, Cash Transfer Unit’s Co-ordinator in the area, made the disclosure to the News Agency of Nigeria (NAN) in Guri on Monday.

He said each of the beneficiaries received N10,000 as stipend for the months of October and November (ie, N5,000 per month).

Dan-Barde, however, said 1,219 of the women, who were either pregnant or breastfeeding, received additional N20,000 each.

“The scheme had sometime in August approved the payment of additional N10,000 to each pregnant and breastfeeding woman per month.

“Therefore, this set of 1,219 women were paid additional N20,000 for the months of September and October

“This means that this set of women have received a total of N36.6 million,”…

Nobody defected from APC to PDP in Kwara–Spokesman –