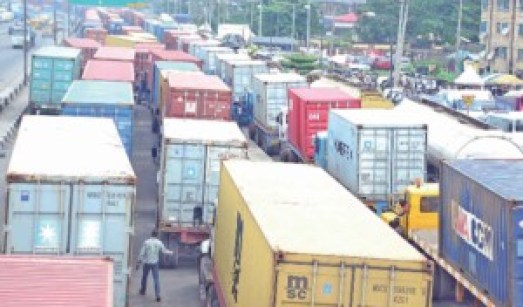 There seems to be no respite in sight as residents and motorists continued to lament their plights following standstill traffic situation on the Apapa-Oshodi Expressway, occasioned by a high influx of trucks and articulated vehicles in the axis.

As a result of the gridlock, traffic robbers have seized the opportunity to return to their nefarious activities as they rob motorists and commuters of their valuables.

Security agents have attributed the high daily movement of trucks into the state to lift products from Apapa Ports and haulage purposes as being responsible for the current traffic gridlock experienced in the axis.

According to report, the activities of the trucks on highway and bridges have resulted in the spread of the gridlock witnessed within Apapa and environs.