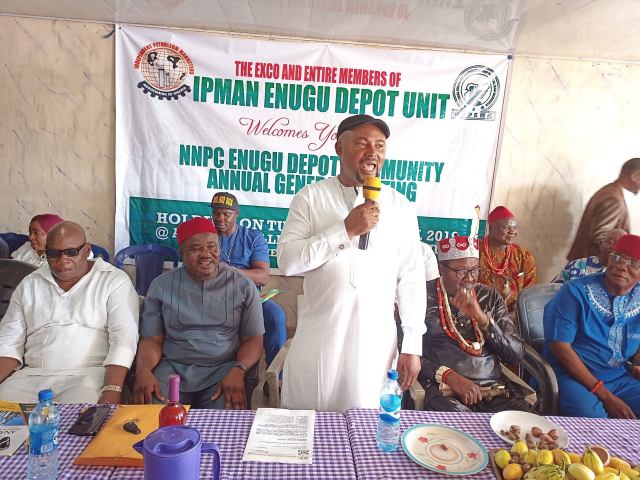 The Caretaker Committee Chairman of IPMAN, Enugu NNPC Depot, Chinedu Anyaso, who made this call during the inauguration of the new exco in Enugu, demand repair of deplorable roads in the South East, adding that the current state of those facilities leave, on daily basis, untold hardships, security threat and other challenges draining the economy of the zone.

Anyaso also assured of a steady supply of petroleum products in the south East and environs throughout the forthcoming yuletide, at the official rate.

Anyaso, lauded Governor of Enugu State, Rt Hon Ifeanyi Ugwuanyi, for his intervention during the recent leadership crisis that had rocked the union, describing Ugwuanyi as a unique leader that is well-gifted in crisis management.

He maintained that the…