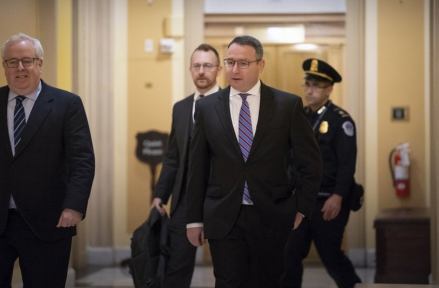 Two top national security aides who listened to President Donald Trump’s call with Ukraine are preparing to testify in the impeachment hearings, launching a week of back-to-back sessions as Americans hear from those closest to the White House.

Lt. Col. Alexander Vindman, an Army officer at the National Security Council, and Jennifer Williams, his counterpart at Vice President Mike Pence’s office, both say they had concerns as Trump spoke on July 25 with the newly elected Ukraine president about political investigations into Joe Biden.

After they appear Tuesday morning, the House will hear in the afternoon from former NSC official Timothy Morrison and Kurt Volker, the former Ukraine special envoy.

In all, nine current and…