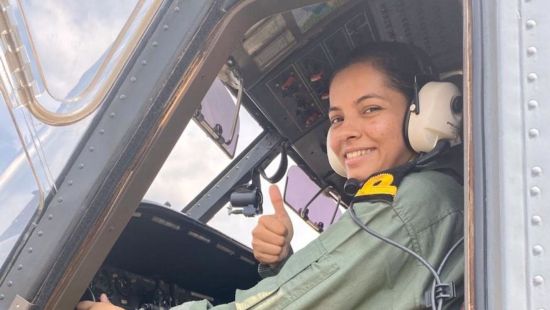 India on Monday welcomed its first female pilot in its armed forces history.

Sub Lieutenant Shivangi will be given her wings and join naval operations in a ceremony on Monday.

The female pilot, who goes by a single name Shivangi stated the role is “a big responsibility” and “a very big thing”.

“It’s a very big thing, It’s a big responsibility for all of us and I know that I have to do well.” She told CNN.

Shivangi completed her basic training in 2018 at the Indian Naval Academy and was brought to Kochi, in southwest India’s Kerala state, to train with the Indian naval air squadron, the INAS 550.

The country’s naval force started permitting females to participate in its service in 1992. Prior to then, the force only allowed them to serve in medical services.

Shivangi will be tasked with flying Dornier aircraft, which are used by the navy for transport and maritime reconnaissance, taking off…