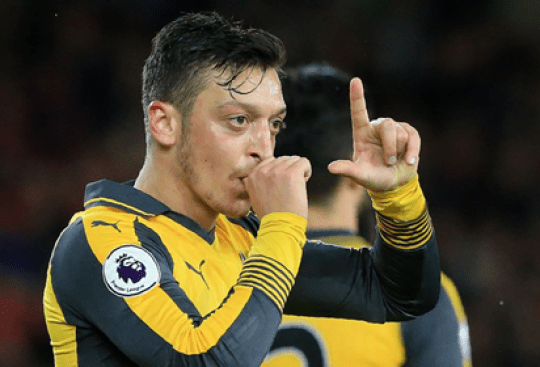 Chinese state broadcaster CCTV pulled a game between Arsenal and Manchester City from its programme after the Gunners midfielder Mesut Ozil expressed support for mainly Muslim Uighurs in Xinjiang.

Ozil, a German of Turkish origin, condemned China’s crackdown on Uighurs and other minorities in the western region in a tweet on Friday, while criticizing Muslim countries for failing to speak up against abuses.

Sunday’s Premier League game in London between Arsenal and Manchester City was initially scheduled to be broadcast live by CCTV’s sports channel shortly after midnight on Monday, according to an earlier schedule published on the league’s official Weibo account.

However, by Sunday, CCTV had replaced the match on its schedule with a pre-recorded game between Tottenham and Wolverhampton Wanderers.

China warns US against ‘playing with fire’ over Taiwan visit