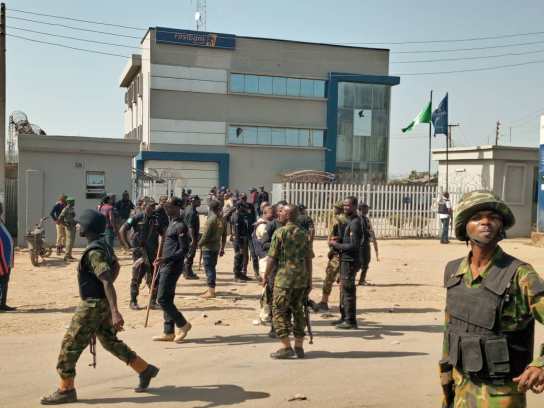 The Federal Capital Territory (FCT), Abuja police said on Saturday that it has killed one person and arrested four suspects in a foiled bank robbery in Mpape area of the territory.

A statement by ASP Mariam Yusuf, the Deputy Police Public Relations Officer of the command, said the suspects were arrested while trying to escape.

She said the prompt response to a distress call by operatives of the command foiled the attempted robbery of a First Bank branch in the Abuja area.

“Police operatives were immediately deployed to the scene and engaged in cross fire with the robbers thereby foiling the attack on the bank.

“The operation, with the backup of soldiers, led to the arrest of four suspects and killing of one person while trying to escape,” she said.

Yusuf said the Commissioner of Police in charge of the Command, Mr Bala Ciroma had ordered discreet investigation into the incident.

She called on FCT residents to remain calm, as normalcy had been restored and pledged the…