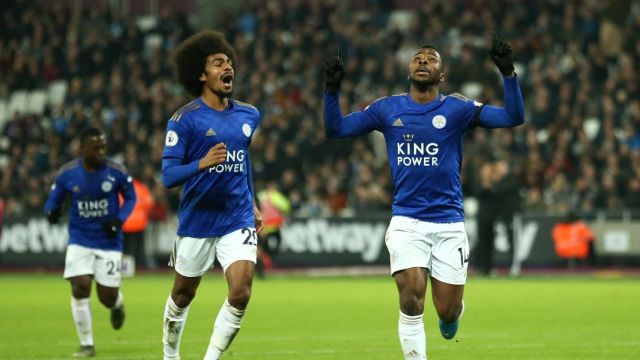 A much-changed Leicester bounced back from a Boxing Day thrashing by Liverpool to beat West Ham 2-1 on Saturday as Tottenham’s charge towards the Premier League top four stalled in a 2-2 draw at Norwich.

Leicester had taken just one point from their previous three games to realistically end an unlikely title challenge, but remain second best in the table behind runaway leaders Liverpool after ending a three-game winless run.

Brendan Rodgers made nine changes to the side outclassed by the European champions two days ago with Jamie Vardy among those missing due to the birth of his daughter.

Kelechi Iheanacho and Demarai Gray made the most of their chance for a rare Premier League start by scoring either side of half-time, although Gray also…