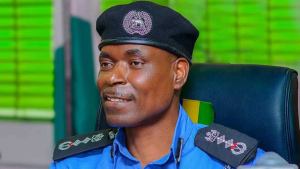 The Police Command in the Federal Capital Territory (FCT) on Sunday said it arrested two suspects at a robbery scene in Pegi community in Kuje Area Council, Abuja.

The Deputy Police Public Relations Officer of the Command, ASP Mariam Yusuf disclosed this in a statement in Abuja.

She said two victims of the robbery incident died following deep machete wounds inflicted on them by the suspects.

Yusuf said the information being circulated in the social media that four persons were killed by bandits/Kidnappers in Pegi area was not true.

According to her, the suspects were arrested at the scene of the robbery by police operatives attached to Pegi Division.

She said the arrest followed the police swift response to a distress call from Gbogu Village along Kabi Mangoro road in Pegi area, Abuja on Sunday.

“Police operatives attached to Pegi Division were instantly deployed to the scene where they apprehended the two suspects and disarmed them,” she said.