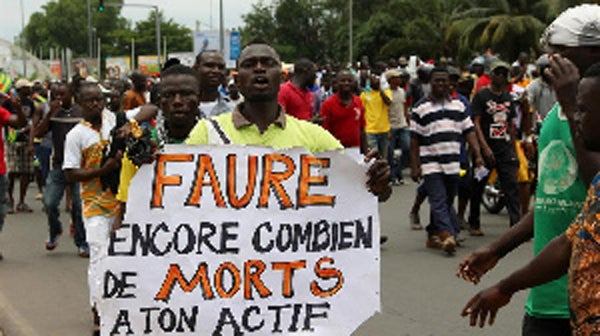 The Ghana-Togo Solidarity Movement says if the political situation in neighbouring Togo is not tackled by ECOWAS, instability in that country will spread to other West African countries including Ghana.

Addressing the media Wednesday, Bernard Mornah who is the convenor of the movement believes the fragile economy of Ghana will be affected negatively.

He said, “as long as Togo is not stable, nowhere will be stable, particularly West Africa because we are interlinked culturally and announcing for a 4th term has outraged the people of Togo and as of yesterday, some residents of Lome burnt tyres”.

Togo’s President Faure Gnassingbe on Tuesday confirmed his candidacy for elections next month that look set to see him claim a fourth term and extend his family’s decades-long rule.