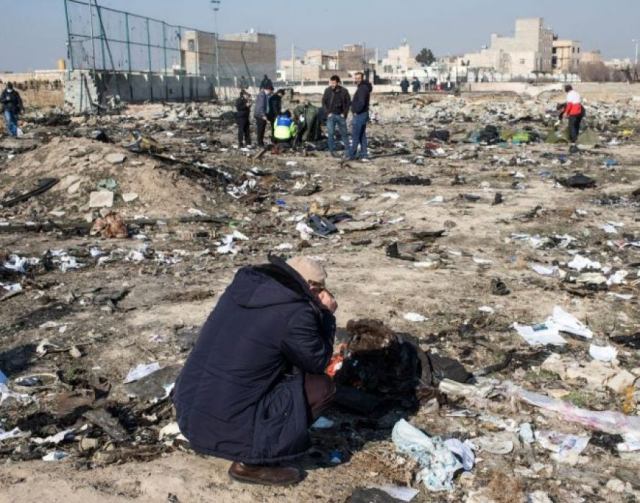 A Ukrainian airliner was on fire immediately before it crashed southwest of Tehran, killing all 176 onboard, according to an initial report by Iranian investigators.

The Ukrainian International Airlines Boeing 737-800, flying to Kiev and carrying mostly Iranians and Iranian-Canadians, crashed shortly after taking off on Wednesday from Tehran’s Imam Khomeini airport.

The report, by Iran’s civil aviation organization, cited witnesses on the ground and in a passing aircraft flying at high altitude as saying the jet was on fire while still aloft.

The three-year-old Boeing jet, which had its last scheduled maintenance on Jan. 6, encountered a technical problem shortly after take-off and started to head toward a nearby airport before it crashed, the report said.

The technical problem was not specified in the report. However, a Canadian security source told Reuters there was evidence one of the jet’s engines overheated.