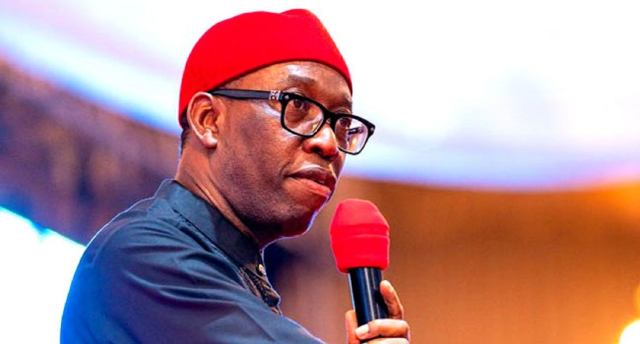 Gov. Ifeanyi Okowa of Delta has called on Deltans to be more united, following the re-affirmation of his victory at the polls by the Supreme Court.

The News Agency of Nigeria (NAN) reports that the highest court in the country on Wednesday declared Okowa as the duly elected governor of the state.

Okowa made the call on Wednesday evening at a thanksgiving service held at the Government House Chaplaincy, Asaba, to celebrate the Supreme Court verdict.

“I want to thank Deltans for all your prayers and support and as we move forward, it is time to work for the good of the state.

”I cannot do it alone; as a government, we require the cooperation of all; it is time for us to partner together; it is time to forget the bitterness.

“I will use this opportunity to call on my opponent, Chief Great Ogboru of All Progressives Congress (APC) for him to realise that it is time for him to work together with the state government to build our state.