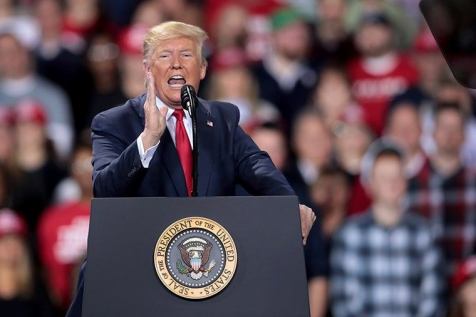 President Donald Trump pulled back from the brink of war with Iran on Wednesday, saying that Tehran appeared to be “standing down” after firing missiles — without causing casualties — at US troops based in Iraq.

In a televised address to the nation from the White House, Trump emphasized there were “no Americans harmed” in the ballistic missile salvo aimed at two bases.

While he promised to immediately impose “punishing” new economic sanctions on Tehran, Trump welcomed signs the Islamic republic “appears to be standing down” in the tit-for-tat confrontation.

The comments cooled what threatened to become an uncontrolled boiling over of tensions after Trump ordered the killing last Friday of a top Iranian general, Qasem Soleimani.

However, the US president, facing both an impeachment trial in Congress and a tough reelection in November, defended…