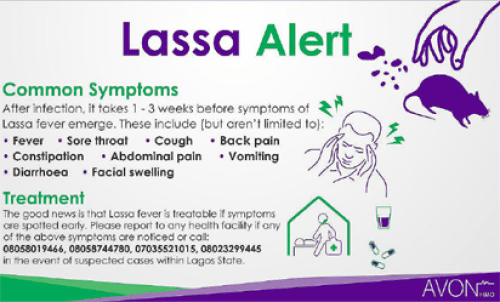 Against the backdrop of a renewed outbreak of Lassa fever in the country, the Minister of Environment, Dr. Mohammad Manhood, has directed all environmental health experts at the federal, state and local government levels to immediately reembark on massive awareness campaigns aimed at controlling the spread.

Addressing the media Monday, in Abuja, the minister while regretting the report from the Nigeria Centre for Disease Control, NCDC, that 195 cases have been confirmed with 29 deaths recorded in 11 states, said the experts were equally directed to embark on surveillance of premises with a view to identifying rodents’ harbourage.

According to him, the environmental health experts were tasked to destroy and eradicate rodents in homes, commercial and industrial premises.

Another task gave them, the minister explained, was also to affect pest and vector control services, notably,”deratization of market places and homes.”