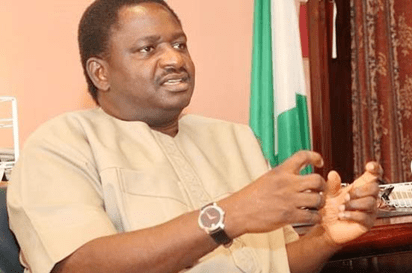 Omokri in a statement, yesterday, said “I watched Femi Adesina’s interview on Channels Television on January 26, 2020, and I felt sorry, very sorry for Buhari.  First, his own wife, Aisha Buhari, exposed one of his spokesmen, Garba Shehu, as one economic with the truth, and agent of the cabal, whose loyalty to her husband is directed by what he would gain financially.

“And now, the other spokesman, Femi Adesina, has shown himself to be not just economic with the truth, but an unintelligent one at that.

“During the said interview, Femi Adesina upbraided Nigerians for complaining about the spate of insecurity in Nigeria. He then went on to say that ‘Nigerians should be thankful that bombing has…