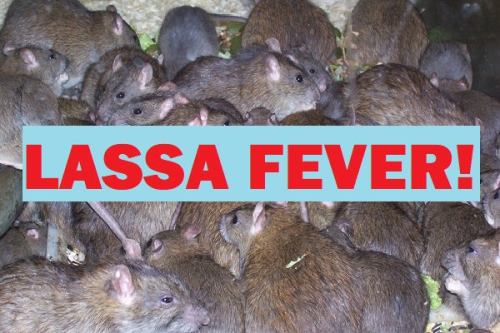 As 7 doctors, 5 nurses quarantined in Adamawa

Four persons have been confirmed dead in Taraba State just as Kaduna State announced the death of 36-year-old man on Monday following the outbreak of Lassa fever in the country.

According to the Commissioner for Health in Taraba State, Dr. Innocent Vakkai said that the ministry has recorded 15 suspected cases of Lassa fever, with only five, found to be positive.

“Four out of these five people that test positive to Lassa fever has died  as most of the cases came from six local government areas of Bali, Gashaka, Gassol, Ardo-Kola, Jalingo and Ibi.”

He disclosed that the state government has activated its surveillance system for more case detection and proper treatment.

“Efforts are ongoing to create awareness for residents of the state to enlighten them about the symptoms of the disease.

The commissioner regretted that challenges such as late…