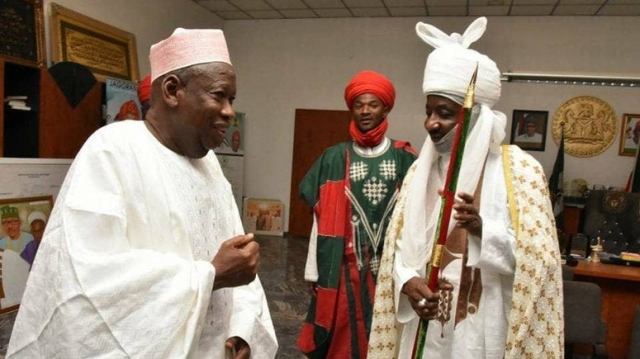 President Muhammadu Buhari has made clear his lack of interest in the feud between Sanusi Lamido Sanusi, Sarkin Kano and Abdullahi Ganduje, the Kano State governor. When he wants to, the president knows how to watch those he couldn’t care about bruised from the sidelines.

Ever complacent, he would look on and watch things fester. His silence in such matters is more eloquent than his often few words.

But this time, Buhari is telling Nigerians he is a constitutionalist and so will not “interfere” in any matter that would portray him in a different colour. He was a constitutionalist when Bukola Saraki took on Bola Tinubu in July 2015 as he’s been on many similar occasions and even now in the battle between Godwin Obaseki and Adams Oshiomhole.

In spite of appeals from Sanusi’s well-wishers, Ganduje has remained implacable and is determined to cut the outspoken former Governor of Nigeria’s Central Bank to size. He has carved four new emirates out of the…