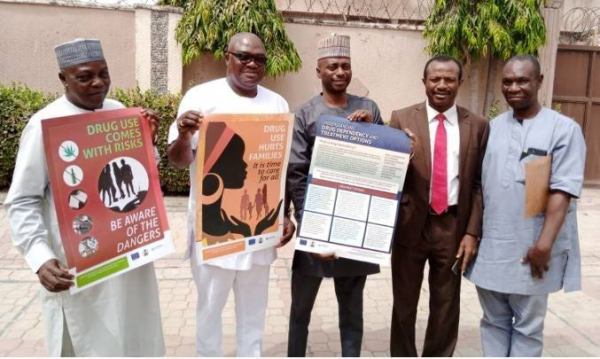 Kogi State government will go into drug whistleblowers’ partnership with the National Drug Law Enforcement Agency (NDLEA) to stem the tide of drug abuse in the state.

The Commissioner of Information and Communication, Evang. Kingsley Fanwo took a proactive step in forming the partnership against drug abuse when he paid a courtesy visit to the state directorate of NDLEA in the state.

Fanwo who directed some officers in his ministry to commence the partnership process said the policy will be officially launched by the state governor, Alhaji Yahaya Bello.

He said his ministry will fight the scourge of drug abuse using cost-effective measures to allow for more developmental projects in the state.