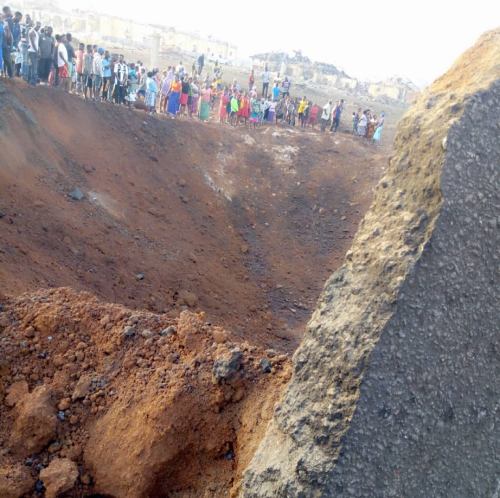 A truck loaded with dynamite exploded on the Akure-Owo highway on Saturday, destroying a school, church and some houses.

The News Agency of Nigeria (NAN), however, reports that no life was lost in the incident which occurred at about 1:00 am.

NAN also reports that the severity of the blast had cut the Akure-Owo expressway in two.

Undie Adie, the Commissioner of Police in the state, told newsmen at the scene of the incident that the truck was carrying dynamite for a quarry company.

Adie, who said that the consignment was duly escorted by personnel of the police Explosive Ordinance (EOD), added that the vehicle developed a fault and exploded on the road.

“The truck was coming from Lagos State to Edo State; unfortunately along the road, their vehicle developed a fault and the driver noticed it.

” In fact from the explanation of the escort commander, they had to try to move it away from where there were houses.

“When they parked and came out and noticed there was smoke…

No herdsmen or Almajiri in Imo — Uzodimma assures