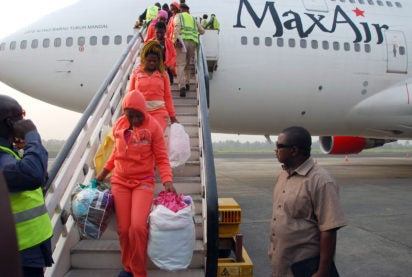 Another batch of 23 Nigerian returnees, yesterday, arrived Seme border in Lagos from Togo. This comes barely days after 67 travellers arrived the country from Ivory Coast.

According to NAN, the returnees, from different parts of the world, landed in Lome, capital city of Togo, via Ethiopian Airlines over two weeks ago.

NAN quoted an official of Port Health Services, PHS, in Seme as saying the returnees were originally 24.

The official reportedly said one of them who tested positive for COVID-19 was held by Togolese authorities.

He explained that Lagos State Ministry of Health had been alerted and its officials were on their way to evacuate the remaining 23 to the Infectious Disease Hospital in Yaba for further examination.

“The remaining 23 were isolated for 14 days and laboratory examination conducted by the Togo health authorities showed that they are all negative.

“The results from Togo are here with us. We have informed officials of Lagos State…