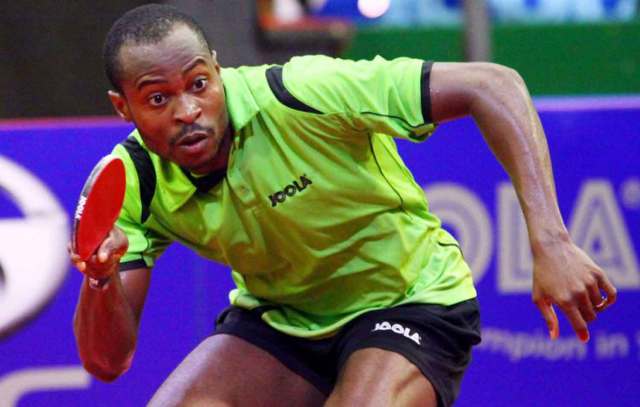 Nigeria’s duo of Aruna Quadri and Olajide Omotayo have dropped in the April 2020 ranking released on Thursday by the International Table Tennis Federation (ITTF).

In spite of this however, Quadri still maintains his status as the highest-rated African player in the world.

Quadri, who is still recuperating from the thigh injury he sustained during the African Olympic Qualifying Tournament at Tunis in Tunisia in February, dropped by two steps.

The News Agency of Nigeria (NAN) reports that he now occupies the 20th place in the men’s rating, two places down to 18th he was rated in March.

Omotayo, who is the only Nigerian male athlete to have secured his place at Tokyo 2020 Olympic Games, also dropped to 92 in the world rating.

Quadri, who is yet to taste action since the injury he sustained on February 28, is yet to resume full training in his Lisbon base in Portugal.