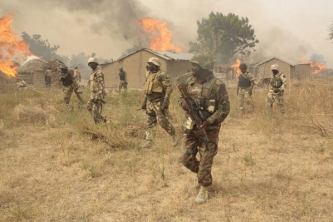 The Army said, on Monday, that troops fighting in ongoing subsidiary operation in the North-East Theatre of Operation code-named Operation Kantana Jimlan, being part of the conclusive phase of Operation Lafiya Dole is already recording monumental successes with the mauling of 134 Boko Haram terrorists in several offensives.

Major General John Enenche, Coordinator, Defence Media Operations said: “The operation which is being conducted preparatory to the final routing of BHT/ISWAP criminals by the troops of Operation Lafiya Dole and coordinated by the Chief of Army Staff, Lieutenant General Tukur Yusuf Buratai, has intensified on various fronts, especially within the Timbuktu triangle.