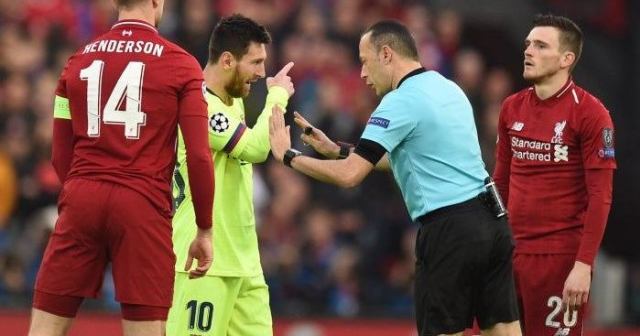 Liverpool defender Andy Robertson has surprisingly admitted that he regrets ruffling Lionel Messi’s hair during their epic 4-0 victory over Barcelona in the Champions League last season.

Barcelona looked set to make the Champions League final after securing a 3-0 lead after the semi-final, first leg at the Camp Nou, but a trademark Anfield European night saw their dreams turn to nightmares after the Reds roared back to advance with a 4-3 aggregate victory.

It was arguably Anfield’s greatest ever European night with two goals apiece from Divock Origi and game-changing half-time substitute Georginio Wijnaldum seeing them progress 4-3 on aggregate, almost a year to the day.

Robertson put in a huge performance on the night, and only now has he finally admitted to regretting his actions.

Robertson decided to press down hard on Lionel Messi’s head, an action which the Scot know thinks was an error, but at the time it seemed to take the Anfield atmosphere up a notch, and…