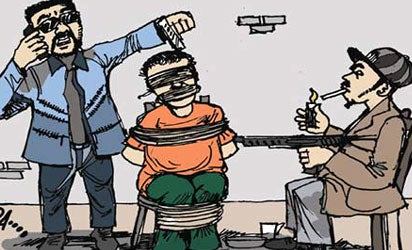 SUSPECTED Fulani kidnappers whose operational   hideouts are located in bushes in Oshimili North Local Government Area and other parts of Delta North Senatorial district, Delta State, have been thrown into panic, following the threat by government to destroy their camps.

The executive order by Oshimili North local government to all camp owners in bushes in the area to vacate in seven days came barely 24 hours   after the state government announced on Tuesday that it would set up a security outfit, “Operation Delta Hawk” to tackle herdsmen and other criminals in the state. The inauguration took place yesterday.

Saturday Vanguard learned   yesterday that some of the criminal- herdsmen, who have been hibernating in makeshift camps in the forest were relocating already to avoid being caught in a planned raid by security agencies.

A source hinted: “But…