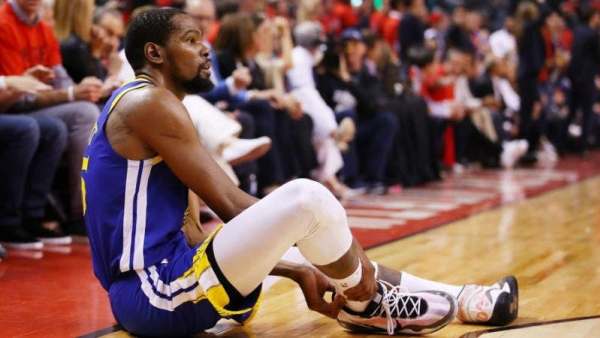 NBA superstar Kevin Durant, who has not played since he tore his Achilles tendon a year ago, said he would not make his debut with the Brooklyn Nets when the season resumes late July in Orlando.

“My season is over. I don’t plan on playing at all,” in the 2019-2020 season, Durant said in an interview Friday with The Undefeated.

“We decided last summer when it first happened that I was just going to wait until the following season. I had no plans of playing at all this season.”

The NBA suspended its season on March 11 as the COVID-19 pandemic erupted, leaving professional sport in North America at a standstill.

The league’s board of governors on Thursday gave the green light to a plan to restart the season at Disney World in Orlando, Florida on July 31, without spectators.

The news was followed by speculation over whether Durant would appear.

Durant, who was the NBA Finals Most Valuable Player for the Golden State Warriors in their 2017 and 2018…