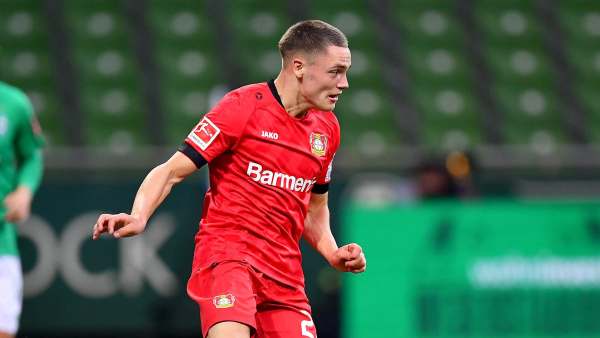 Wirtz went into the record books when he curled the ball past Bayern keeper Manuel Neuer in the dying moments of the match.

The teenager supplanted Nuri Sahin, the former Borussia Dortmund midfielder, who was 17 years and 82 days old when he scored against Nuremberg in 2005.

Wirtz was just two years old at the time.

“We already knew he was a huge talent, that’s why he has played before,” said Leverkusen coach Peter Bosz.

“Today he learnt the most important lesson he will have learned since he started playing football: the tempo at this level is a lot higher than he is used to.”

Wirtz made his debut for Leverkusen against Werder Bremen last month, becoming the youngest debutant in the club’s history and the third-youngest ever in the Bundesliga.

The teenager came up through the ranks at…

Why we are making agriculture attractive to youths – FG

Return of fans to Premier League stadiums on hold ― Johnson