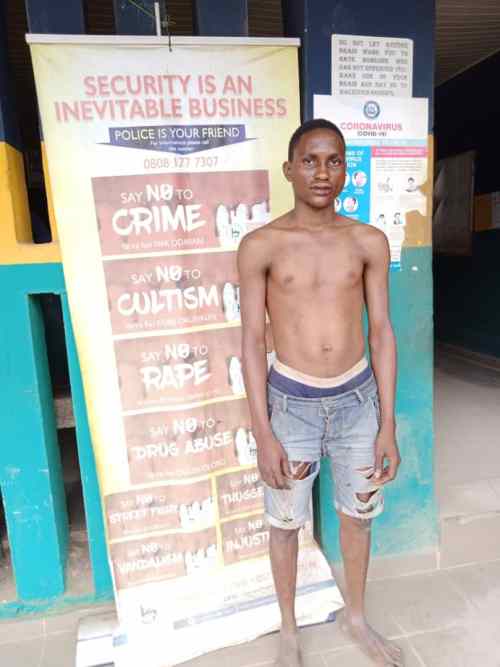 A 23-year-old man, old Badmus Quadri, has been arrested for defiling one of his neighbours three-old child in Owode community,  Ogun State.

The child’s mother, went to the market, leaving her in her siblings’ care on Thursday.

However, on arrival, she noticed blood in her vagina and upon interrogation, her child mentioned the suspect’s name and describes how he allegedly defiled her in his room.

The distraught mother reported the matter at the  Owode Egbado Police division.

A spokesman for the Ogun State Police Command, DSP Abimbola Oyeleye, who confirmed the arrest, said, “upon the report, the DPO Owode Egbado division, SP Olabisi Elebutte, led her detectives to the area where the suspect who is a neighbor to parents of the victim was promptly arrested after the victim identified him.

“The victim was quickly taken to the general hospital at Idiroko where it was confirmed that she has been defiled.