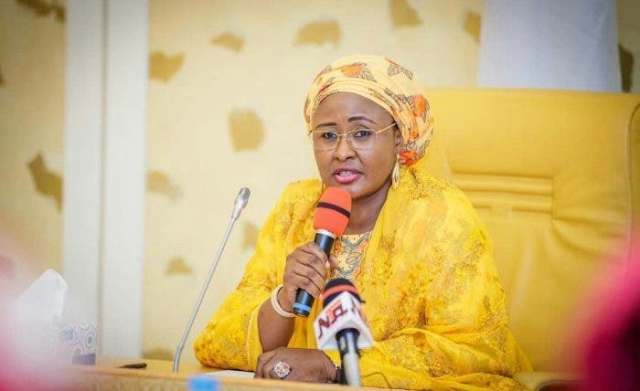 I DON’T know Mrs. Aisha Buhari, but I’ve always had a soft spot for her feisty, say-it-like-it-is personality, which doesn’t quite rhyme with her chubby-sweet baby face. And when she went public with bitter complaints about some of the people who surrounded her husband in 2016, I defended her on a BBC Television programme. And I’ve continued to adopt an indulgent attitude towards her occasional outbursts because I am also one for straight-talking. In fact, I am far worse than Mrs. B because I sometimes utter expletives for emphasis when something or someone has upset me.

OK, so I have a high tolerance level for mouthy fellow women who ain’t ready to put up with s—t or take c—p from nobody. But I was extremely alarmed when I heard about the scuffle that took place when Madame, her children and her security aides took on Sabi’u “Tunde” Yusuf, Mr President’s great-nephew and private secretary.

We are told that Madame…