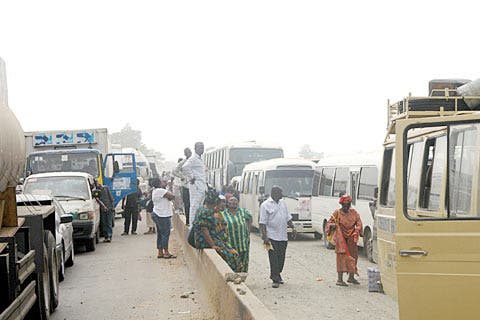 TRANSPORT owners under the aegies of Public Transport Owners of Nigeria Association have appealed to the Federal Government to lift the ban on their operation.

The bus owners comprising luxury coaches and mini buses bemoaned the financial losses so far suffered by their members since the ban came into effect as part of the measures preventing the spread of COVID-19, put their losses in the region of N200 billion. The bus owners recalled that for almost four months, their vehicles have been parked which is dangerous to the state of the vehicles. They, therefore, called on the government to intervene with a special fund to save their already battered businesses, even as they drew attention to the debilitating concomitants of the ban on the travelling public and the economy generally.

The transporters made the appeal in Lagos explaining thatroad transport accounts for 90 percent of movements in the country, and deserves priority consideration in the prevailing situation….

UPDATED: No ‘hoarded’ palliatives in FCT