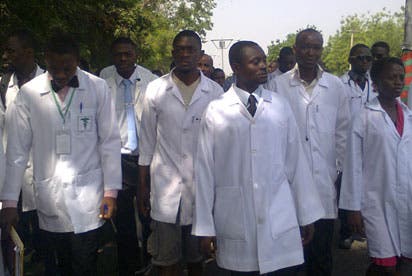 They will be paid once govt concludes payroll vetting – Osagie

BENIN CITY – FOR the second time in two weeks, personnel of the Edo state mobile screening team on Covid-19 yesterday staged a protest in Benin City over the state government’s refusal to pay their two months allowances.

The protesters blocked the entrance leading to the premises of the state Hospital Management Board thereby preventing movement in and out of the compound.

The screening team which comprised medical doctors, health personnel, contact tracers, data collectors among others, was initiated to trace people who have had contacts with COVID-19 patients, all in a bid to ramp up testing in the state.

The protesters said after working for two months, they received a message from the Incident Manager COVID-19 mobile screening exercise, disengaging them from their duties without due payment of monthly allowances.

Speaking on behalf of the ad-hoc staff, Ojei…